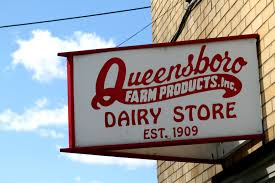 What’s in a Name?

In the late ‘70’s when I first started selling shirts in college, I never thought this little side project would turn into a full-time job, much less a lifelong career.  At the time, it was something fun and interesting to do and seemed like an easy way to make a little extra money.

The last thing I ever thought I would need was a name for my company.

At the time, the Lacoste Alligator shirt was at the height of its popularity and Ralph Lauren had just started selling his version of the shirt adorned with the little polo player.  Trying to build on Ralph Lauren’s success, budding entrepreneurs everywhere were trying to come up with the Next Big Thing.  The world watched with great anticipation to see what new animal or symbol someone was going to try to put on a shirt.

My idea was different.  “Wouldn’t it be great” I thought, “if rather than walking around advertising for Lacoste or Ralph Lauren, a person could get the same great quality shirt as the original alligator shirt with any logo or design they wanted!”

Thus, essentially as twins, the custom logo apparel business and my company, were born.

At first, neither had a name.  Early sales were in cash or checks made out to me personally.  In the spring of 1980, an order for 50 shirts mistakenly got produced as an order for 500.  We sold them all though, and the next thing I knew, I was crossing Broadway and 110th street with a suitcase stuffed with $10,000 and nowhere to put it.

Probably thinking more about what the bank would think than how it might sound to any customer or supplier, I went for a name that sounded established and solid – Consolidated Shirt Company (no The).  I have no idea why I thought of that particular name.  Early reactions, however, ranging from yawns to laughter, were not positive.

Even my mother thought it was a bad choice.

I always liked the name, but eventually tired of the “You named your company what?” response every time I told someone. After a few months, for the first and (hopefully) last time in my career, I bowed to popular pressure and consolidated Consolidated.

I tried to be a little more imaginative on my second naming try.  Attempting to capture some of the novelty of the custom logo apparel concept, I chose The Eclectic Shirt Company (keep in mind I was a history and comparative literature major at the time).

There was a good lesson here in how the pendulum swings.  I went from a name that was way too boring to one that was way too clever.  I’m sure that on some level I knew that “eclectic” was not a word that was used or understood by many. But it never occurred to me that “not many” was in fact closer to “none.”  Soon we were regularly being called The ELECTRIC Shirt Company with no apparent concern at all as to what that could possibly mean, or what an electric shirt could possibly be.

We were starting to do some business, though, and that meant we needed a phone.  With my business line came a listing in the phone book (do I need to tell anyone out there what a phone book is/was?). When I started getting calls from people disputing their light bills, it became painfully clear that that Eclectic was just too eclectic.

In 1984 I graduated from Business School and moved to the basement of an embroidery shop in the Astoria section of Queens.

We placed a few small ads in newspapers and magazines and people started to call.

From our new office on Steinway Street, down the street from the piano factory, I made two big decisions. Jumping on board a new technology of the time, I signed up for the toll-free number 1-800-84-SHIRT (we still use it today).

I had never used a computer before, but as we were moving into our new office, right next door a guy was opening a brand-new computer store, the first one I had ever seen.  He explained that with a new computer and printer, when people called we could enter their names and addresses into the computer and with the new mail merge program, bulk print customized letters.

People called.  We sent them letters.  They sent us money.  Wow!

I thought I was an OK writer at the time.  I never really considered how difficult it should have been to sell custom logo shirts by mail, based on just a small ad and a letter.  It all worked though, and I never questioned it.  Then one day a customer called and asked, “What do these shirts actually look like, anyway?  Do you have any pictures or anything you can send me?”  That is how I started thinking about printing up a brochure to go along with the letters.

Prior to this time, each phone call, each letter, each order, and pretty much each shirt we made was done one at a time.  With the flyer though, in order to keep the price somewhat reasonable, I needed to print a lot of them.

This was when I knew I had to get serious about the name.  I just couldn’t bring myself to print 10,000 flyers with The Eclectic Shirt Company printed on them.

I started working with a designer to lay out the flyer and as we moved through the process, at the end of every meeting she would ask “So, have you come up with the name yet?”

I kept putting her off and figured at some point I’d sit down and have a beer or two and try to think through it.  The time came for the final sign offs on the brochure and I still hadn’t come up with anything.  As I was walking down Steinway Street, thinking about the two poor name choices I had already made, I wondered where I was ever going to find the inspiration to come up with a good name in the next 20 minutes, which was how long it was going to take me to get to the designer’s office.

It was a rainy spring afternoon and I was lost in thought.  It was Friday afternoon.  Both my personal and business checking accounts were overdrawn.  It was also my much-neglected girlfriend’s birthday that night.  I had about 3 hours to figure out what to do, and about 4 to figure out how to pay for it.

As I stepped off the curb I heard the truck and then felt the big splash.  I looked up and on the side of a white van in big red baseball script read “Queensboro Dairy.”  Above the van in the background was the Queensboro Bridge, looming before the skyline of New York City.

“Hmm, I thought.  Queensboro.  That’s not bad.  Sounds established.  Has a nice sense of place.  Sounds vaguely Southern and English.  Even though it is New York, it doesn’t sound like New York (people from New York were not considered particularly honest or trustworthy at the time).  Good length. Rolls off the tongue. Sounds trustworthy.  Why not?

And the rest, as they say, is history!

PS. The Borough of Queens was named after Queen Catherine of Braganza, wife of King Charles II of England (1630-1685), who was Queen of England when the borough was officially named on November 1, 1683.  Borough is from the old English word for city which comes from the original word for fort, which is also where burgh comes from.