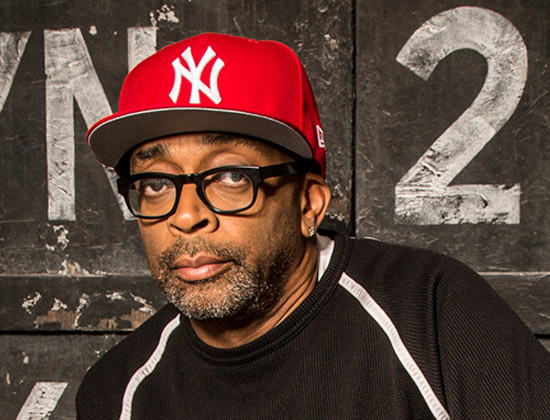 “Sometimes by losing a battle you find a new way to win the war.”  – Donald Trump

A few years ago, we started seeing a lot of internet searches for “Dad Hats”.  The first time I saw it, I remember thinking “What the heck is a Dad Hat?”

We’ve been selling hats with custom logo embroidery for over 30 years.  Over those years, a lot has changed in the hat business.  When we first started selling custom logo hats, we were still in Brooklyn.  At the time, you couldn’t get a fully assembled hat on an embroidery machine, so we worked with a factory in Covington, Kentucky that would send us the pre-cut front hat panels which we would embroider and then send back to the factory for assembly.  The fully assembled hat would then be sent back to us in New York and we would send the finished hats on to our customers.

The process was indeed cumbersome, but like with our custom logo polos, it did allow us to be the first company in the country (and most likely the world) to offer custom embroidered logo hats to small and medium sized businesses and organizations.

We kept things simple back then.

We offered two hat colors, white and navy.  Our turnaround time wasn’t much to brag about, but we did love the little custom embossed clasp we had made for the leather back strap which had a little shirt stamped right into it.  Any old-time customers out there who still have one of those?

Trying to speed turnaround up a little, I found another hat factory on Zerega Avenue in the Bronx and started running up there in my station wagon, shuttling hat panels and finished hats back and forth between the Bronx and Brooklyn.  There was an actual hat historian at this factory and he explained to me that the reason a baseball hat always has 6 rows of stitching on the bill had to do with an obscure tariff law designed to protect domestic hat manufacturers.  I wish I could remember all the details, but I do remember when hat imports first started coming into the country; none of them had 6 rows of bill stitching (now they all do).

In the mid 90’s, innovations in embroidery technology eventually allowed for embroidery on a finished cap.  This occurred just as we were moving to North Carolina, which was good timing, because just like with the shirt manufacturers, the hat manufacturers were all closing down too, and all the hat production was moving to Asia.

Baseball hat lore has it that the first baseball uniforms were worn in the 1840’s, but hats weren’t added until the New York Excelsiors donned them in 1860.  The first baseball hats were modeled after jockey hats and had a somewhat floppy crown and short brim.  Through the 1950’s and into the 60’s, fans were mostly wearing fedoras at the game, which couldn’t have helped sight lines much, but as modes of dress became increasingly casual, the baseball cap soon found its way from the field into the stands, quickly  followed by team jerseys and other fan swag.

People do matter in history and culture, though, and today’s question of “What the heck is a Dad Hat?” sits at the feet of a very influential American, filmmaker and sports fan Spike Lee, the newly minted Oscar winner for Best Adaptation of a Screenplay for BlacKkKlansman.

To the place that it all started, New York City, this story now returns.

As many New Yorkers know, Spike Lee is a huge NY Sports fan, particularly when it comes to the Knicks and Yankees.  In 1996, Lee called up Christopher Koch, owner of New Era Cap company, the supplier of all Major League Baseball hats, with a unique request.  As any New York sports fan or movie buff also knows, Spike Lee is a very colorful and deliberate dresser.  As the story goes, Lee had a red jacket he really liked.  He wanted to wear it to a Yankees game, but needed a hat to match.  His request of Mr. Koch and New Era?  A red Yankee hat!  Considering at the time the Red Sox also wore red hats, the request was indeed extreme.  George Steinbrenner was called in for consultation and gave his approval.  He may have been a bad owner, but he did recognize an opportunity when he saw one!  The hat was produced, Lee was prominently featured on TV wearing it, and a Star was Born.  People were shocked, but immediately the idea that the previously unremarkable baseball hat could be fashionable shot forth into the universe like a line drive off Derek Jeter’s bat!

To have a revolution, you need a status quo.  It wasn’t long before the classic baseball cap, with a flat brim and snapback closure, sporting various combinations of logos and colors, became a staple of the streetwear uniform.  Soon the suburban kids started wearing them and a quick 10 years after the debut of Spike Lee’s red Yankee cap, fashion, non-professional sports teams’ hats, made up half of New Era’s total business.

The flat brim snap back had a decidedly youthful look, which their frequent appearance in music videos only reinforced.  As some of these young kids began to enter adulthood many were ready to change it up some.

Pretty soon, the unstructured, much softer, curved bill baseball hat became popular.  It is not clear how these hats got the nickname Dad Hats, but when Barak Obama, the Dad in Chief was pictured in Martha’s Vineyard wearing one, it all seemed to make perfect sense and the name stuck.  Dad Hats started trending big time on Google and across the rest of the Internet.  Today, the Dad Hat is the hat of choice.

… at least for most.  The most recent New Yorker now innovating in the hat space is Donald Trump.  Trump’s MAGA hats are not flat brim, but they are a little high crowned to be considered a Dad Hat.  In fact, in shape they appear to be closer to a trucker hat, though they don’t have the mesh back and sides.  If Trump was smarter about hats, he probably could have gone the relaxed mesh back trucker design route and owned that hat shape for the modern era.  Instead of a MAGA hat it would have been called a Trump hat.

And one last thing before the bell rings …

You know that little button on top of the baseball hat?  That’s called a squatchee, or squatcho if you prefer.  Squatcho is a made-up term from a book from the 1980’s of words that don’t exist but should.  The word was popularized by Bob Brenley, a former MLB player (a catcher, naturally) and manager.  Brenley is currently an MLB commentator and says he first heard the term from a teammate, another catcher.  David Price, a 6’6’ pitcher for the Red Sox, always takes the squatcho off of his hats so he doesn’t cut his head when he stands up quickly in the low-ceilinged dugout.  Spike Lee, at 5’5”, doesn’t have that problem.

I’m off to Africa next week to visit some of our shirt factories, so I may be taking a week off from the blog.  Look for an update the week after next!