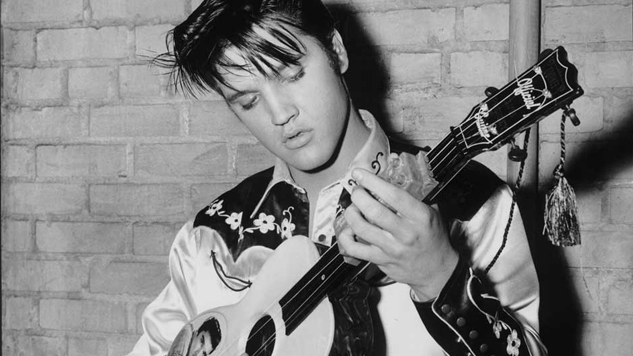 “I don’t know anything about music. In my line you don’t have to.” – Elvis Presley

Knowing that we are always up to something interesting, one of my golfing buddies recently asked, “What new and different things are you doing at Queensboro these days?”

Last fall we became increasingly frustrated about a situation that was occurring on our embroidery production floor.  We felt that people who were listening to music through their ear buds were disconnected from the rest of their team.  This was a difficult thing to work through because we are a company of music lovers and appreciate the positive benefits music can bring to the work day.  On the other hand, we also know how distracting our phones can be, particularly when we are attached to them. It is indeed the unusual person today who can resist constantly checking their phone and investigating every new notification.  Also, on a little bit of a deeper level, we sensed that listening to music while working led to an internal/individual focus rather than a team focus.  This was a particular challenge on our embroidery floor where teamwork is essential.

After some long and animated conversations, we decided to try working without ear pods.  To help with the transition, we also installed some speakers on our production floor, so we could at least listen to the radio while we worked.

Yes, there were some unhappy folks at first.  Slowly but surely though, we did adjust.  We now feel we are better connected as a team and are working better together than ever before.  It was a tough call, and many thought we would have an all-out revolt on our hands, but we tried it, and it worked!

So that was one new and different thing we recently did, but that is not the end of the story!

As is always the case when change occurs, there were some unanticipated outcomes.  One morning soon after the speakers were installed, Josh, our production manager, played “The Good Morning Song” by Max Frost.

The first day people kind of perked up and listened.  The second day some were singing along and bobbing with the music.  By the third day, people were getting together and singing and dancing.  People were smiling.  Energy flowed.  We attacked the day with gusto.   Pretty soon listening to “The Good Morning Song” was a highly anticipated part of the embroidery floor’s morning ritual.  “The Good Morning Song” has been a great and unanticipated connector for the team.

We did it in the office for a couple of days but were not able to sustain the energy.  We didn’t give up on trying to capture that happiness the embroidery floor found, though.  Someone said, “I’ll pick a new song,” but that didn’t quite work.  We tried voting on a song, and that didn’t quite work either.  We tried having each team in the office submit a song and a “decider” decide, but that, too, didn’t work.  We just couldn’t quite find the magic that the embroidery floor had found with “The Good Morning Song.”

So we huddled up to talk about it, and finally came up with a process where every morning a different person chooses a song and we all gather in a circle and listen. One day a ratty, lopsided sparkly ball showed up and we started kicking it around.  Soon thereafter a couple of beach balls appeared and those started flying around our circle as the music played.  After last Friday morning’s song, we voted on our favorite selection of the week and listened to a cameo airing that afternoon and we all went home for the weekend with a smile on our face.

Over the last couple of weeks, we have had a world music tour that has spanned the ages.  We come to work each morning wondering if we are going to hear an old favorite or something totally out there.  Sometimes before we start the song there are some comments or reflections on the prior day, or an explanation of why a song was picked.  The bouncing beach balls keep everyone engaged and paying attention while the song plays.  It is a great way to start the day.

We work in an old converted red brick warehouse.  There is plenty of room to spread out and enjoy this morning ritual.  The Embroidery Floor is still listening to Max Frost, and that continues to work great for them.  Our warehouse, screen print and operations teams don’t really have a morning ritual yet, but hopefully they will find one soon or join in with the office or embroidery floor.

If the work day can sometimes be a savage beast, our morning music ritual has definitely helped tame it.

Who would have ever thought that banning air buds would have led to this?  It has been a great and really fun thing for our company though.  I have always enjoyed coming to the office, but the morning song ritual has definitely made me, and others, look forward to coming into work in the morning in a whole new way.  And as far as I know, there is not another company out there that does it!  It is a perfect example of implementing our third core value: Innovate and have fun!